The 9mm Enhanced Version provides the same buffering mass as our standard 9mm SCS. At the same time, we've increased overall bolt mass slightly with more room for increased weight if needed. The result is even softer recoil thanks to a further delay in blowback.

The Enhanced Version 9mm SCS is the best option for reliability and durability with hotter ammunition. It's also the best pairing for use with non-JP bolt assemblies where a central mass needs to be removed. Removing this mass reduces overall reliability from the operating system, which can be offset by the addition weight in the SCS. 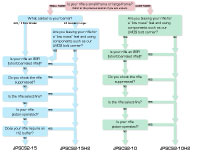